Heavnzsent cats and kittens are currently being shown, and this page will continue to be updated, so check back regularly! 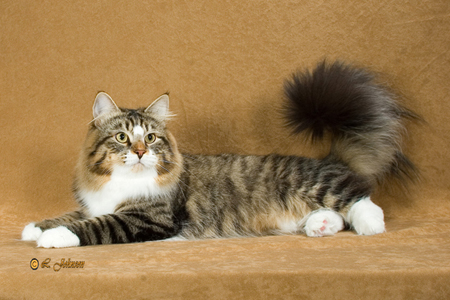 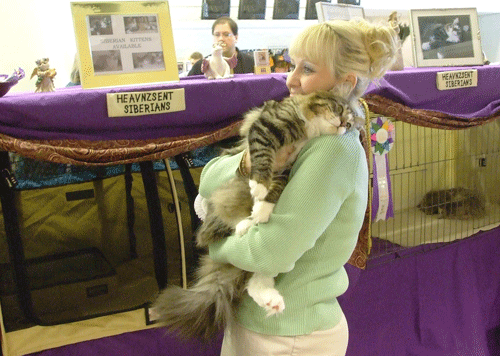 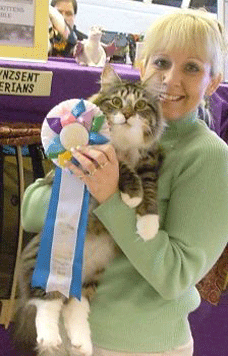 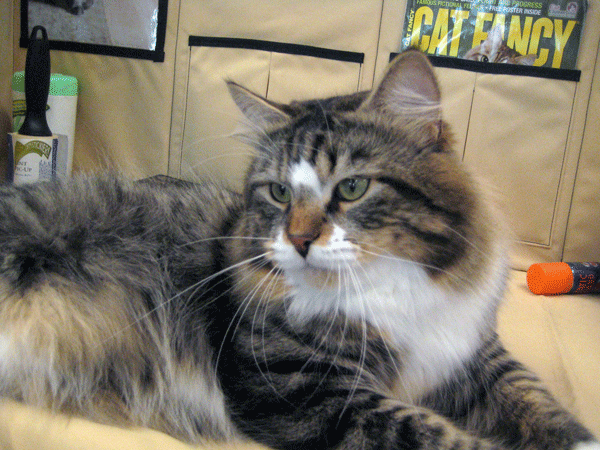 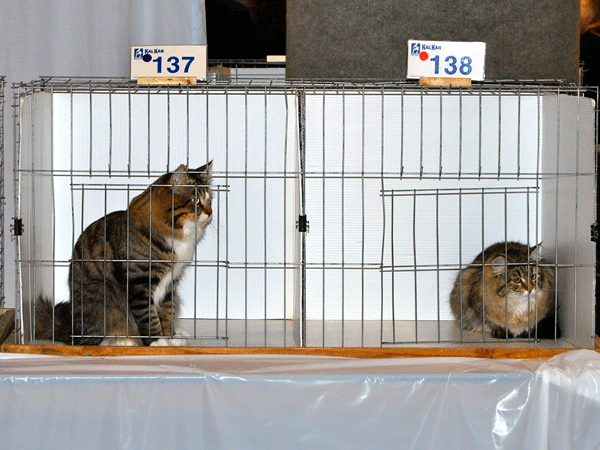 Raja getting ready to show (on left). 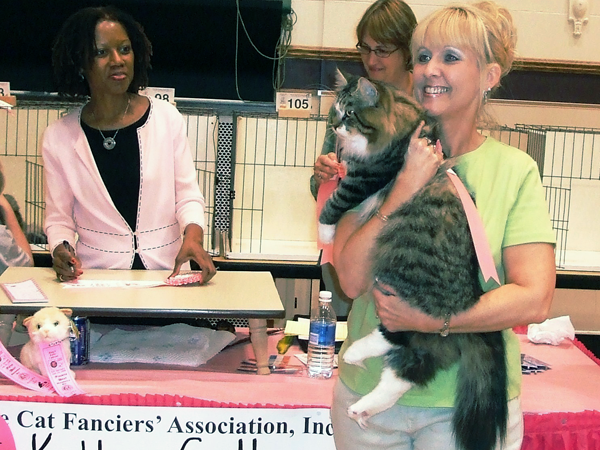 Raja capturing the attention of judges at cat shows. 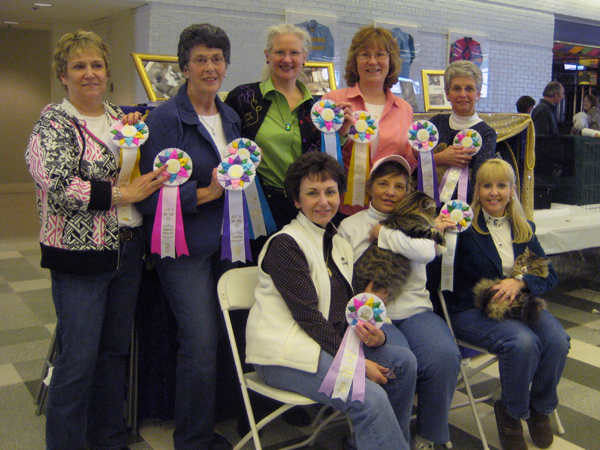 Judy Miller (Windrifter Siberians), who is Raja's breeder, is holding him at a show with Stef Letness (Starberian Cattery). 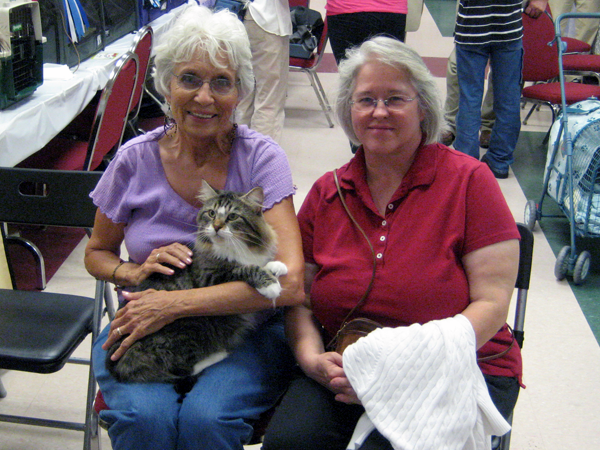 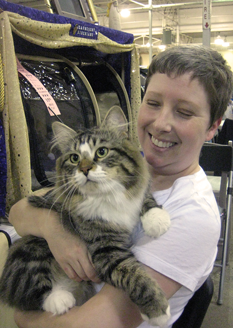 Another member of Raja's "fan club". 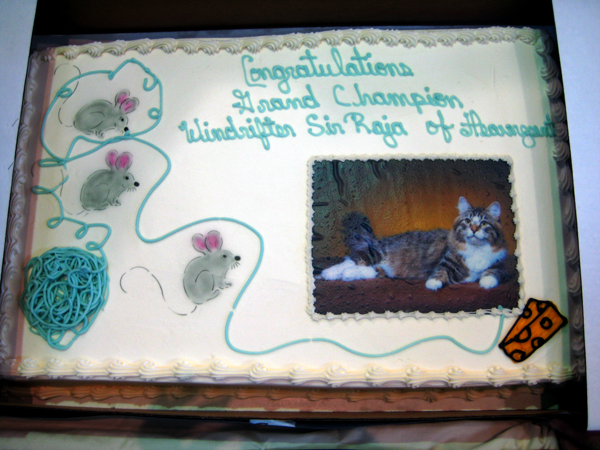 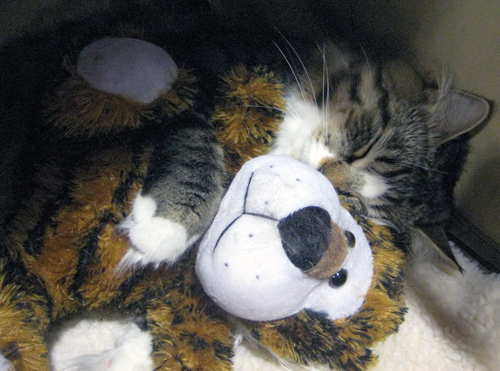 Raja resting with a friend 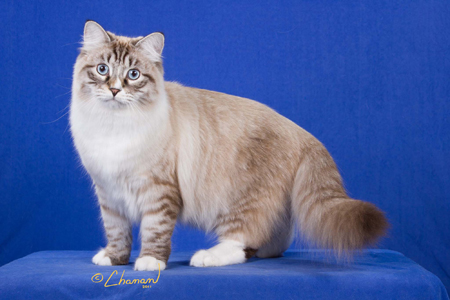 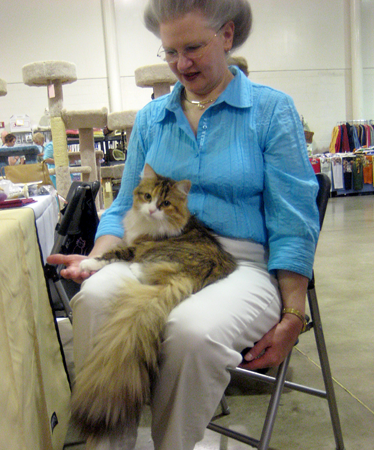 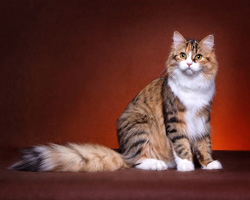 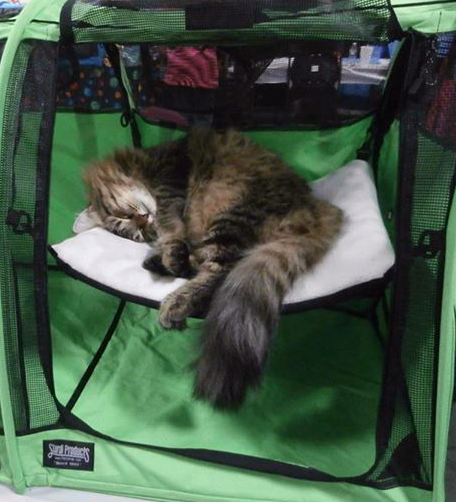 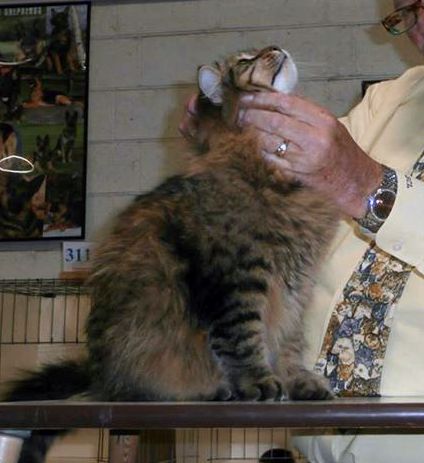 3rd Best All Breed Alter in the Great Lakes Region 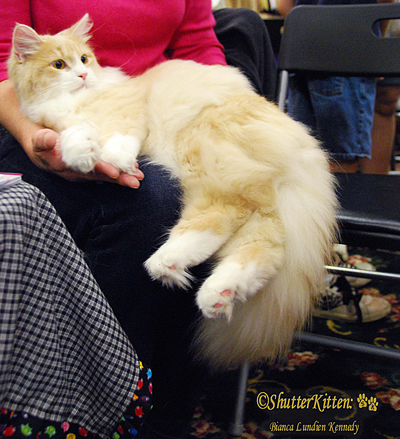